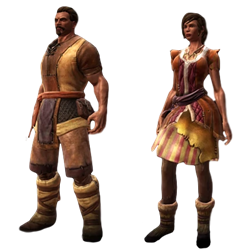 "The Almain are a warlike and religious nation of a storied origin. Many Almain come to The Faelands seeking freedom while honoring the traditions of their homeland." 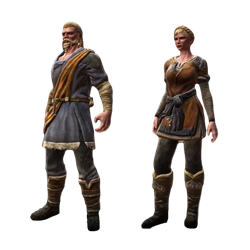 "Hardened by the high seas, the Varani are just as frequently pirates and mercenaries as they are shrewd merchants. They favor swords and daggers as seaworthy weapons." 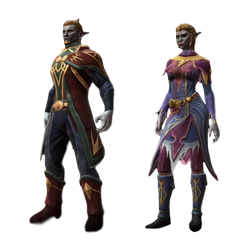 "The Ljosalfar are a proud and ancient people from the frozen lands of the north. Ljosalfar judge themselves fit to divine right from wrong under wind, sun, and sky, and mete an even-handed justice." 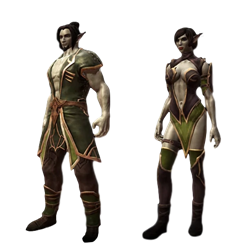 "Dokkalfar are renowned as sophisticated students of magic and diplomacy. While they do not shy from conflict, they prefer to resolve disputes subtly and with grace, or efficiently, in silence."

Gnomes are practical and pragmatic. A long-thinking people, they approach all problems and goals rationally

The Summer Fae, also known as the Seelie, represent growth, warmth, and the emergence of life

The Winter Fae represent the waning of the seasons, the entropy and death which are a necessary part of the Great Cycle

Bolgans are one of the giant races of Amalur, but unlike the Kollosae, they are quite violent and do not seem to possess much intelligence.